Would you like to switch to the accessible version of this site?

Don't need the accessible version of this site?

COURAGE IS NOT ENOUGH 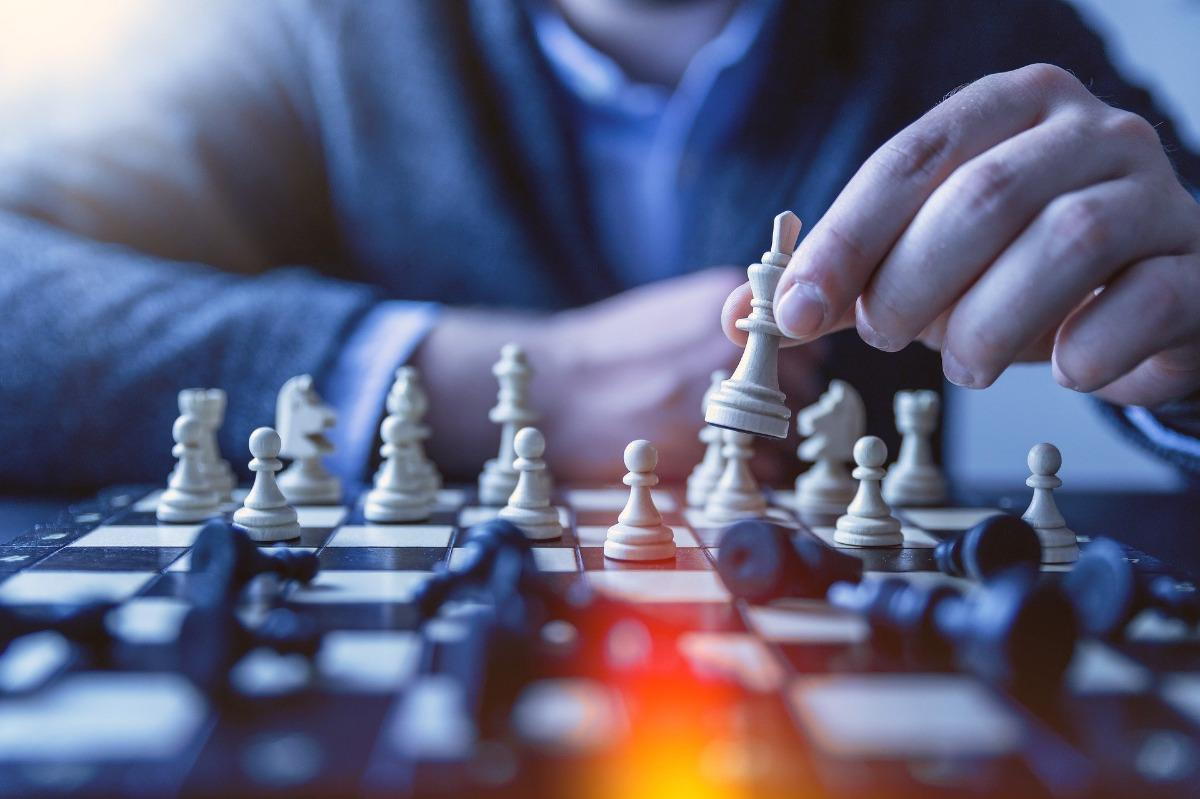 As senior executive leaders, people count on us to help them overcome fear, especially in high-risk situations where a lot is at stake. They look to us to lead them through danger safely. Yet what resources can we rely on in those moments when we ourselves instinctively want to run in the opposite direction?

Recently, I was talking with a friend who is a New York City firefighter about his job of running into burning buildings. I wanted to know how he overcomes the very real feelings of fear, anxiety, and instinctive panic he encounters in his job day after day. His response made me realize how leaders and firefighters are alike. He said:

Courage is not enough in a dangerous situation. You need to be able to do risky things in a smart way. Things won’t go well if you don’t. We always go into a burning building with a clear strategy in mind-a strategy based on our years of experience and practice.

Both seasoned firefighters and senior executives demonstrate leadership. As leaders, they overcome their own fears for the good of others. They develop courage and clarity. And they learn their own “smart ways” to take risks.

For many executive leaders, one of the challenging “burning buildings” they have to run into is any situation in which they need to have a tough conversation with a boss, colleague, or team member. Based on my own experience as an executive and years of helping leaders develop the skills to initiate and lead potentially “hot” conversations, I have learned there is always a smart way to engage in a difficult conversation. Here are three-one for each working relationship.

SMART WAY #1: MANAGING UP
What do you do when your boss is the problem?

When executives ask me about giving upward feedback to their boss, they’re usually feeling their job or their career could be at risk. One V.P. I worked with was delegated responsibility for leading a cross-functional team in a large-scale change management initiative for his whole company. The project, formerly his boss’s, was already over budget and late. It required a lot of cross-functional work to get on track, and the V.P. found himself having many conversations to bring his peers together across silos. Yet, no matter what he did, this team wasn’t working well together.

As the project slipped further and further behind, it was clear that, along with delegating the project, his boss had abdicated responsibility for its success as well. The real issue was not whether alignment could be created among the project team, but that there was a lack of alignment about the initiative at the most senior levels of the organization. The V.P.’s boss should have been playing a key role in building that alignment among his peers, all of whom were senior to everyone on the project.

What is the smart way to let your boss know that something they are doing (or not doing) is creating a problem?

I invited the V.P. to use a coaching approach and ask powerful questions that could create openings for him to objectively share what he was seeing that wasn’t working well. This strategy requires a solid foundation of relationship with your boss and great skill in giving tough feedback upward. As we always say, it’s the skill of speaking truth to power.

Since he hadn’t fully developed those skills yet, our coaching focused first on a preliminary conversation to ask the boss how he would like to receive feedback when they were in disagreement. Then our coaching focused on how to make specific requests, balancing using the V.P.’s own initiative with actions the boss needed to take. As a result, they were able to directly discuss what was missing: the fact that the boss needed to build alignment with his own peers.

SMART WAY #2: CONFRONTING COLLEAGUES
Diving into the heart of a conflict with a colleague can be as challenging as giving upward feedback to a boss. When we avoid having conversations about lingering conflicts with our peers and colleagues at higher levels in the organization, we put our effectiveness and well-being at risk. Unresolved issues require complicated workarounds to get things done. By running around these fires, we use up valuable time and energy, increase our own stress and can, over time, inadvertently damage our working relationships.

What’s the smart way to deal with a conflict (or a potential conflict) with a colleague?

Have pre-existing agreements in place about how you’ll communicate with each other when you don’t agree. The best time to discuss this is when things are fine and there is nothing at risk. Don’t wait until you have a problem. Trying to design this kind of agreement when you’re both in the heat of the conflict can be like pouring lighter fluid on a fire. In-the-moment flares often lead to immediate backdoor complaints to peers and bosses or passive-aggressive retaliation later in an annual 360 review.

SMART WAY #3: COACHING PERFORMANCE OF DIRECT REPORTS
The most common conversation leaders tell me they want to avoid is giving feedback to one of their team members who is meeting or exceeding performance standards, but who doesn’t get along with the rest of their team. These executives tell me they fear de-motivating their players.

They are concerned that engaging in a conversation about soft skills could end up in a complaint from this star player to their superior. Or they fear the loss of this talent to another department or organization, a loss that could cost the company millions of dollars (especially if this is a top salesperson) and for which they may be blamed.

Yet, by avoiding giving this feedback in an ad hoc conversation or in a more formal review, executives remove the possibility of that person changing their behavior and improving the effectiveness of the whole team. This often side-stepped conversation offers leaders one of the easiest opportunities to leverage their influence.

What’s the smart way to engage direct reports in discussing their behavior?

Create an opening for giving feedback by establishing the idea that not playing “nice” with your teammates and colleagues is a performance issue. It is not a “soft skills” issue. Make it clear to everyone on the team that interacting and collaborating effectively with each other is part of everyone’s regular performance review. Also, engage the team in a conversation about the value of measuring how well they play the game with their fellow teammates. Then get agreement on these expectations. After that, you can have one-on-one conversations with any individuals whose approach to teamwork doesn’t meet these performance standards.

Even better, leaders should encourage teammates to call each other on any lack of collaboration they observe in their own interactions. Give people this kind of backing and you’re empowering them to develop their capacity to become self-sustaining. With just a few well-chosen and well-timed words of encouragement, you can have a huge impact.

If courage is not enough in risky situations, what else do we need as leaders? We need to be crystal clear on understanding our role as a senior executive leader. We need specific strategies for different types of conversations. We need agreements in place with people beforehand about how we’ll share our point of view. And when we’re in a difficult conversation, we need tenacity and respect to be able to stay present with someone, no matter how they respond to what we have to say. We also need to have developed the ability to make big requests and to have some facility with the language of leadership.

Are you ready to run into your next “burning building”?